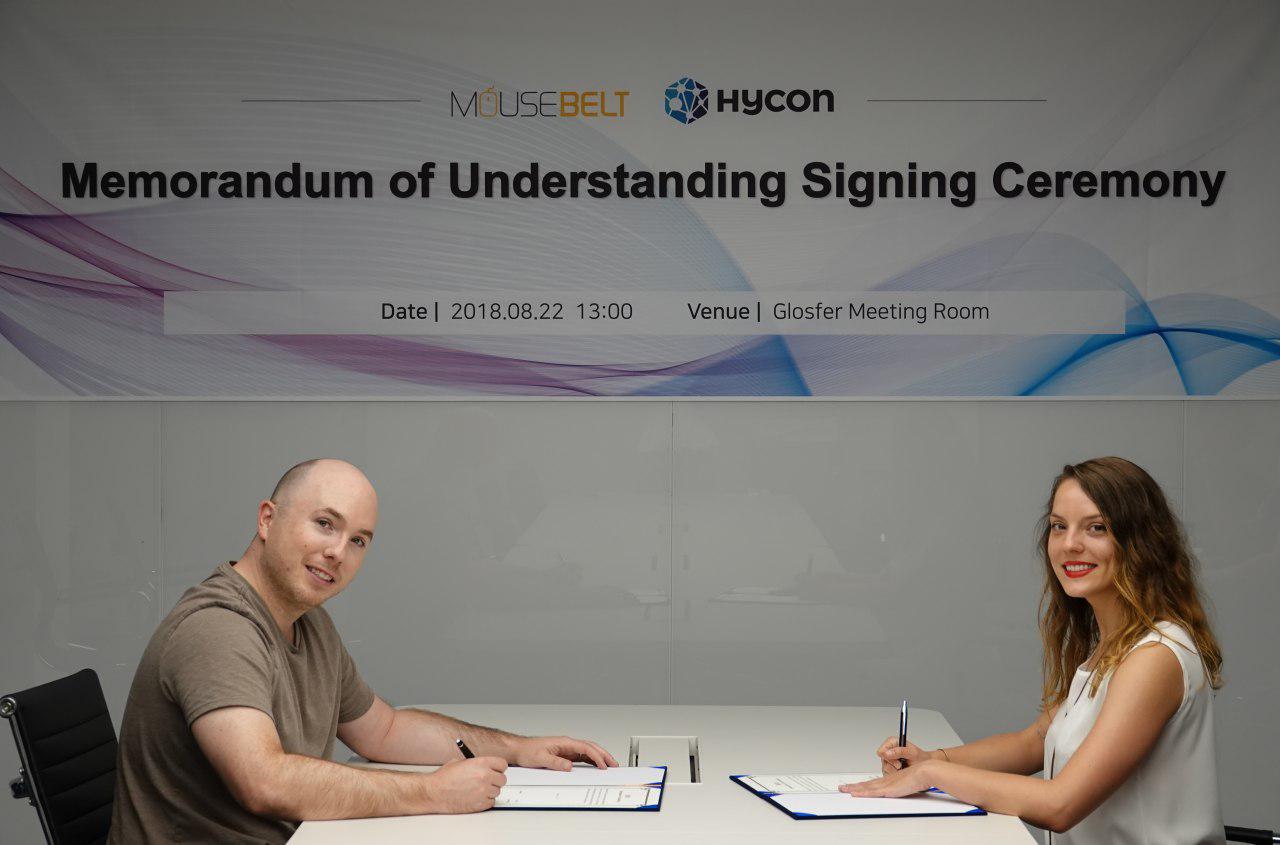 On August 24, Hycon (CEO Taewon Kim) announced that they signed a Memorandum of Understanding with MouseBelt to help expand their open source developer community.

Hycon is the in-house cryptocurrency of Glosfer--Korea’s largest blockchain company. Glosfer has been building blockchain solutions in fintech since 2012. They were the first Korean company to operate an international remittance service and the second to operate an exchange. Through the Hycon project they aim to provide a fast, secure, scalable, and user-centric blockchain and cryptocurrency ecosystem available for mass adoption.

MouseBelt and Hycon agree: the path to blockchain innovation and adoption is more education, more developers, and better projects. That is why we're glad we connected with them over our shared mission for supporting students at Korea Blockchain Week.

One of Hycon's initiatives for building the blockchain community is their Glosfer Learning Days. These monthly events offer 1-2 day long workshops exclusively for developers. We are particularly excited to work on with them on Hycon Hacks, a series of blockchain hackathons to be held in Seoul and Berlin. One of the main goals of our MouseBelt Blockchain University program is to facillitate hackathons and workshops for students. We are giving funding and resources to 12 of the top student blockchain organizations in the U.S, including sponsoring the University of Washington Blockchain Exposition and a blockchain hackathon at University of Wisconsin, Madison. Our students want hands-on experience developing. Hycon wants to connect the developer communities in Korea and the U.S., eventually bringing their hackathon stateside. Together, we can provide more opportunities for students and foster international cooperation in the blockchain space.

Collaborations between our companies have already begun. For example, Hycon is offering travel reimbursements for students looking to participate in Hycon Hacks Seoul on Sept 14-15. A handful of our university program students are slated to attend--be sure to look out for reports on this amazing experience in a future post! At the event we will be offering a bounty to teams who build off of our open source tools, presenting MouseBelt and all of our projects, and serving as judges as to which teams built the best projects. MouseBelt will also be able to introduce Hycon to our university contacts in the U.S., helping bring their hackathon stateside and give students the blockchain hackathons they may not have had otherwise (hopefully in Spring 2019!). By continuing to build and share our partnerships and contacts, our network and impact will grow, and along with it international collaboration in the blockchain space. 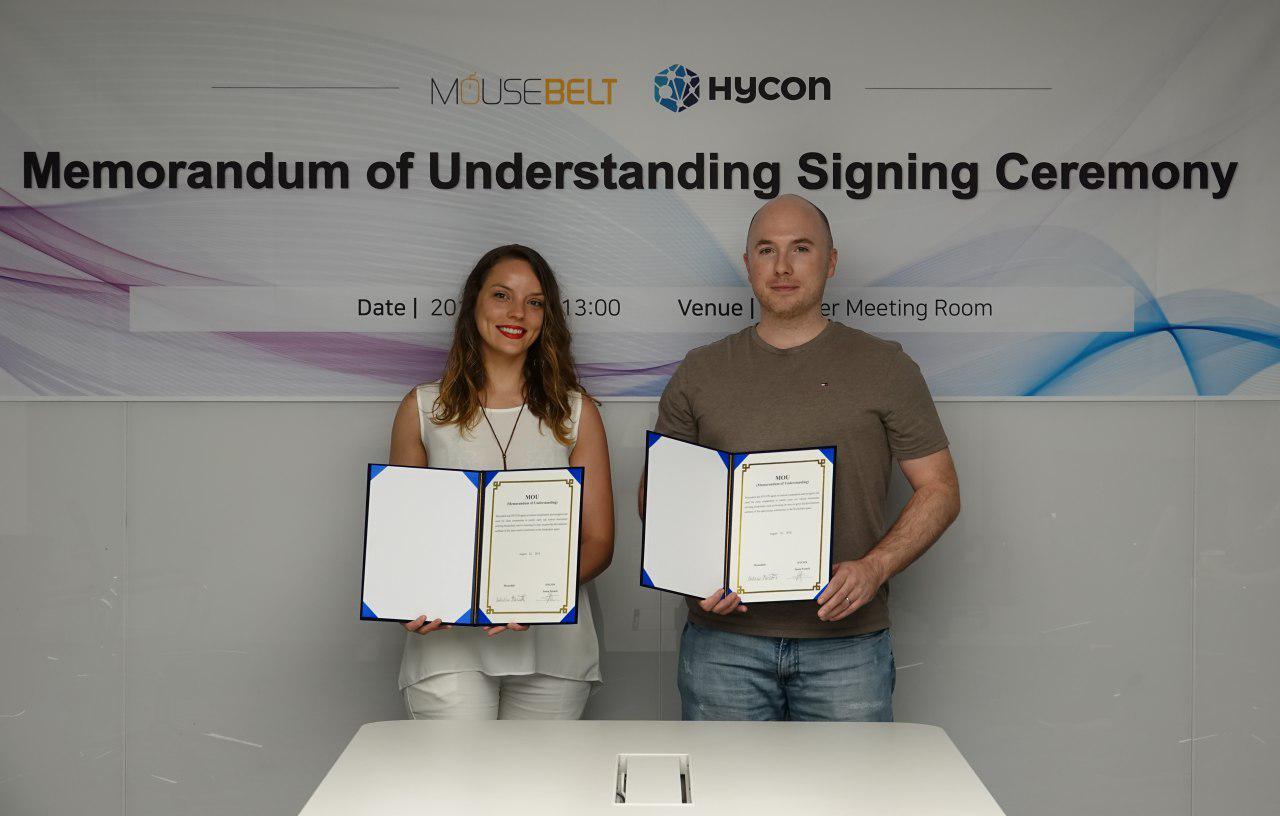 MouseBelt’s University Program Director Ashlie Meredith, a former professor, describes MouseBelt’s university initiative as a “perfect marriage between my interest in blockchain and passion for helping students,” and added, “A partnership with Hycon will allow MouseBelt to offer more opportunities to our students and connect them to an international community. We are excited to bring HYCON Hacks stateside and finding ways to incorporate our open source tools into the competition.”

Jason French, Vice President of HYCON said, “Incubating and growing interest in blockchain amongst the developer community, along with building bridges between East and West, are very important to us here at Hycon. Collaborating with MouseBelt will create a win-win situation that will help us accomplish these goals and bolster our upcoming hackathon, Hycon Hacks Seoul (https://hacks.hycon.io) which will be held on September 14th and 15th.”